There are three deliberate mental shifts you can make during classical mindfulness meditation that can help point you toward natural awareness: relaxing effort, broadening attention, and dropping objects.

This type of overexertion in meditation is too extreme. In classical mindfulness meditation, we need to be balanced between effort that leads to clear seeing and too much effort that doesn’t really serve us. Some meditators experience a lot of self-judgment, believing that they’re not trying hard enough.

Classical mindfulness meditators typically report that focusing gets easier over time. They can stay aware of their breathing for extended periods, or they find that they return their attention to their breath more quickly when it wanders away. Some people call this ease effortless effort—an experience in our meditation practice where we are making an effort, but it doesn’t seem hard to do at all.

Relaxing effort to shift into natural awareness is a little different. It means that we rein in the tendency to try to put our attention on our breath or other objects, and instead we just be with the objects as they arise.

I think a common concern of many meditators is that if they stop trying, then nothing will happen. Meditators also worry that their mind will wander all over the place if they are not making any effort to do something with it. Well, just sitting down and not doing anything wouldn’t be natural awareness practice; it would be sitting down and doing nothing. So that’s not what we’re trying to do here. Dropping or relaxing effort is very different in that we are tuning in to the awareness that is already present, without trying hard to get there. We also don’t necessarily have a wandering mind because we relax effort on the heels of having worked hard to pay attention.

Think of shifting into natural awareness like riding a bicycle. Often we pedal really hard, but at a certain point, we stop pedaling and begin coasting. The bike stays upright, and we continue to head wherever we’re going, but we’re not working so hard. In fact, it’s usually quite exhilarating to coast on a bicycle. The coasting is dependent upon the earlier pedaling stage, just like effortlessness in meditation is dependent upon the effort you made earlier—particularly the effort to concentrate your mind.

So what does relaxing effort feel like in meditation? It feels like stopping the attempt to wrestle with your unruly mind, to bring it effortfully back to the present, and instead resting, relaxing, and exploring the awareness that is already present. It often feels like things are just happening on their own, and we’re witnessing them. It can feel immensely relaxing and joyful to stop the struggle. We may lose the effortlessness, and then it takes a bit of effort to return to it (such as deliberately returning our attention to our breath for a few moments—or, to return to our bicycle analogy, pedaling for a block or two), but for the most part we are coasting, not pedaling. This relaxing of effort is one way to access a natural awareness.

Start your meditation session by closing your eyes, if you wish, and taking about ten minutes to develop focus and calm by rigorously paying attention to your breathing. When your attention wanders, bring it back to your breathing with regularity and precision.

After ten minutes, see if you can simply pause the effort you are making. Relax a bit (and that may include relaxing your body), and notice what is happening without you trying to be aware. Is awareness present? Are you naturally aware of what is happening in your body or mind, without deliberately placing your attention on the object? Can you sense the way awareness is happening, kind of on its own, and how you are present without having to work at it?

If you notice yourself getting lost in thoughts, then make an effort to come back to your breath for a while. But then stop making an effort again and see what happens.

Continue reading the next steps, Broadening Attention and Dropping Objects.

This is excerpted from The Little Book of Being: Practices and Guidance for Uncovering Your Natural Awareness by Diana Winston. 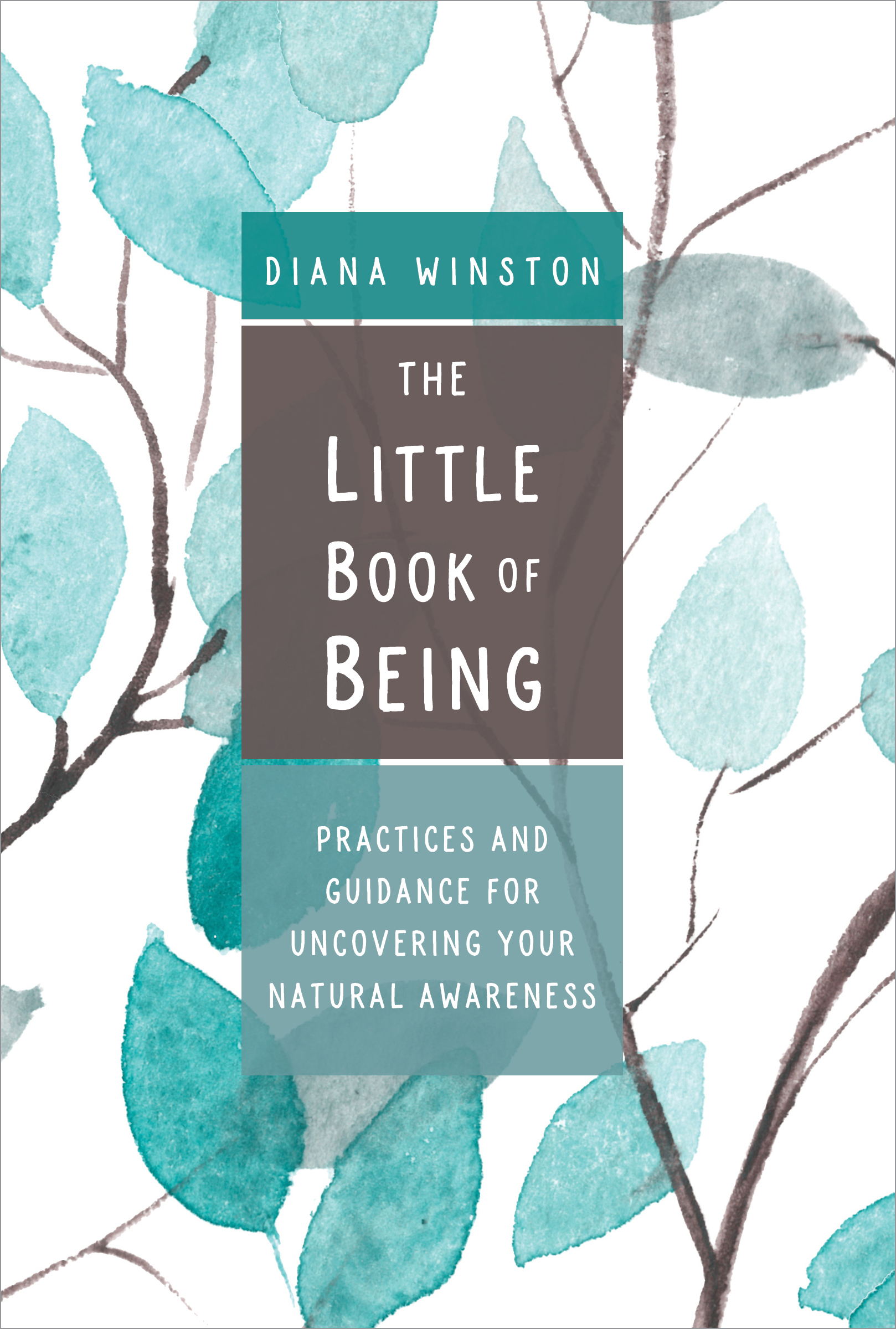 Diana Winston is the director of Mindfulness Education at UCLA Semel Institute’s Mindful Awareness Research Center (MARC) and the coauthor, with Dr. Susan

Smalley, of Fully Present: The Science, Art, and Practice of Mindfulness. She is a well‑known teacher and speaker who brings mindful awareness practices to the general public to promote health and well‑being. Called by the LA Times “one of the nation’s best‑known teachers of mindfulness,” she has taught mindfulness since 1993 in a variety of settings, including hospitals, universities, corporations, nonprofits, schools in the US and Asia, and online. She developed the evidence‑based Mindful Awareness Practices (MAPS) curriculum and the Training in Mindfulness Facilitation, which trains mindfulness teachers worldwide.

Her work has been mentioned or she has been quoted in the New York Times; O, The Oprah Magazine; Newsweek; the Los Angeles Times; Allure; Women’s Health; and in a variety of magazines, books, and journals. She is also the author of Wide Awake: A Buddhist Guide for Teens, the audio program Mindful Meditations, and has published numerous articles on mindfulness. Diana is a member of the Teacher’s Council at Spirit Rock Meditation Center in Northern California. She has been practicing mindfulness meditation since 1989, including a year as a Buddhist nun in Burma. Currently, Diana’s most challenging and rewarding practice involves trying to mindfully parent an eight‑year‑old. She lives in Los Angeles.

Buy your copy of The Little Book of Being at your favorite bookseller! 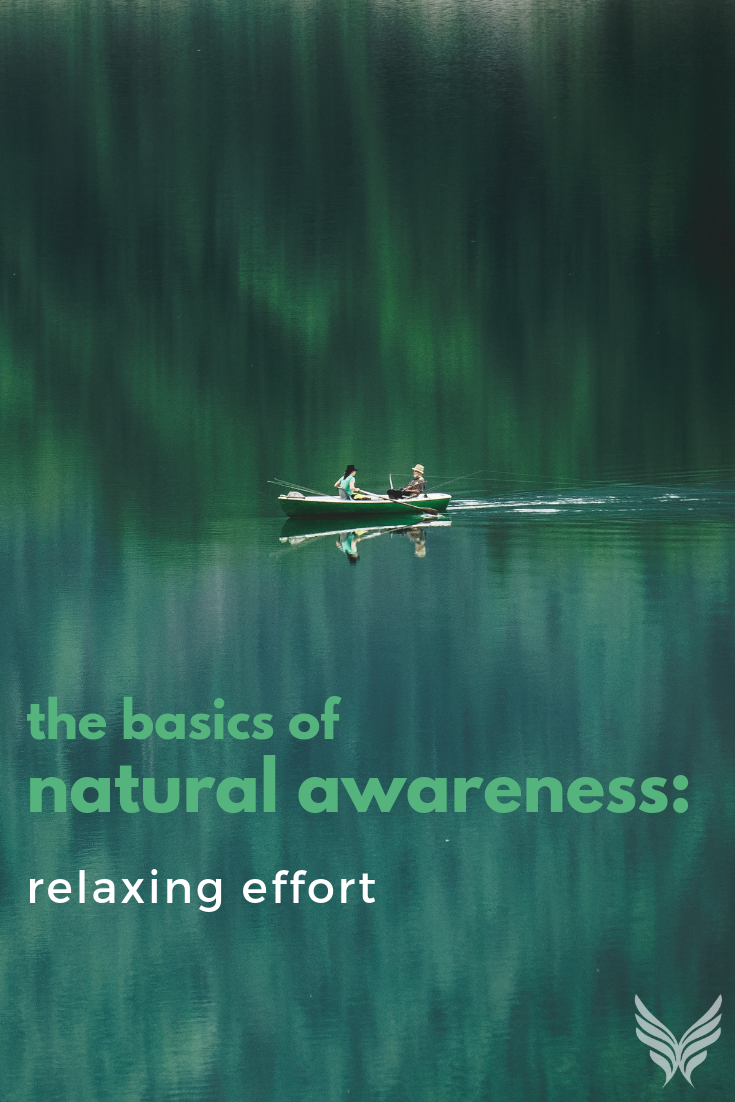