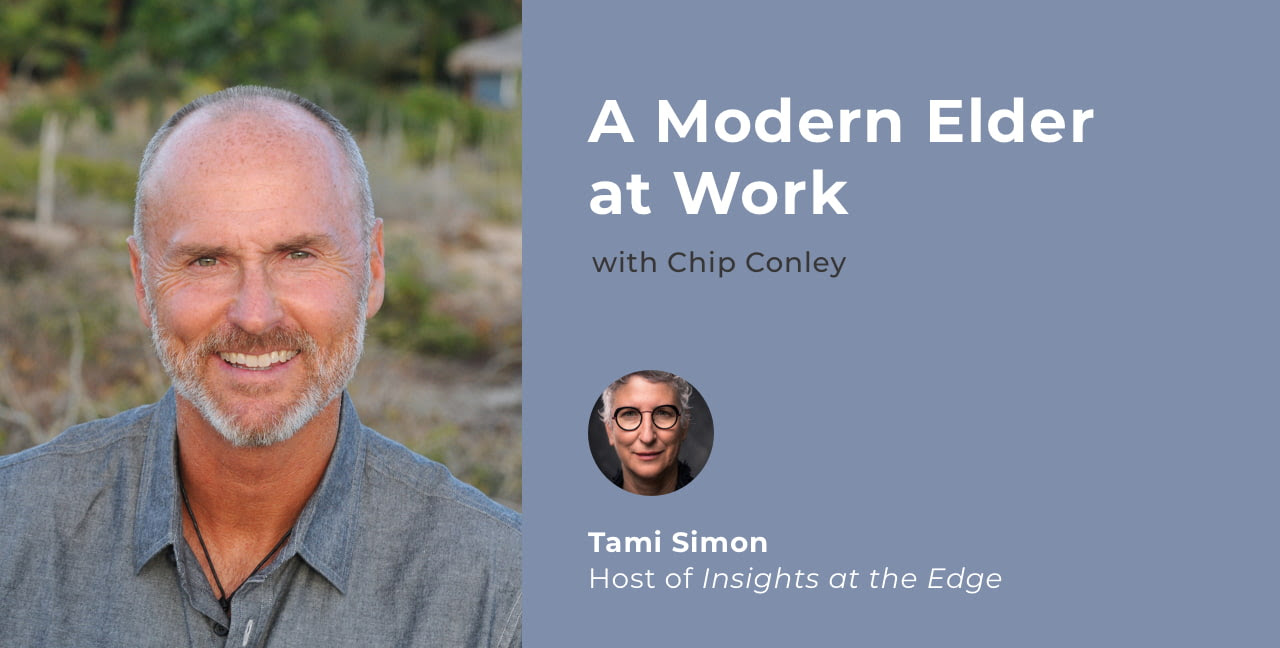 For more than three decades, author and entrepreneur Chip Conley has written a weekly bulleted list about the lessons he learned during the previous week at work. He originally wrote these bulleted lists in a notebook he called “The Wisdom Book,” and now has many such Wisdom Books, filled cover to cover with his discoveries.
According to Chip, faithfully writing these lists each week has been the “secret personal practice” that has given him the insight and strength he needed to make it through difficult and challenging situations … and to harvest the wisdom from his experiences and reinvent himself, again and again.
In this podcast, Chip and I talk about his commitment to lifelong learning and his latest book, Wisdom at Work. We also discuss his newest creation, The Modern Elder Academy, which is the world’s first midlife wisdom school.

Other topics covered include:

The founders of Airbnb named Chip “a modern elder.” In my view, that’s a huge compliment. It is one thing to grow old and quite another to be recognized as an elder, someone who carries wisdom and knows how to elicit the best in others. To become an elder might ask a lot of us, but we then receive the fulfillment of giving to others all that we have to give.
With love on the journey,
Tami
Founder and Publisher, Sounds True
P.S. Chip Conley is one of the featured presenters in a new nine-month immersion training program Sounds True is producing in collaboration with LinkedIn, Wisdom 2.0, and NYU. It is called the Inner MBA program and its purpose is to help people powerfully grow themselves so they can powerfully grow their companies into forces of positive change. You can learn more here.